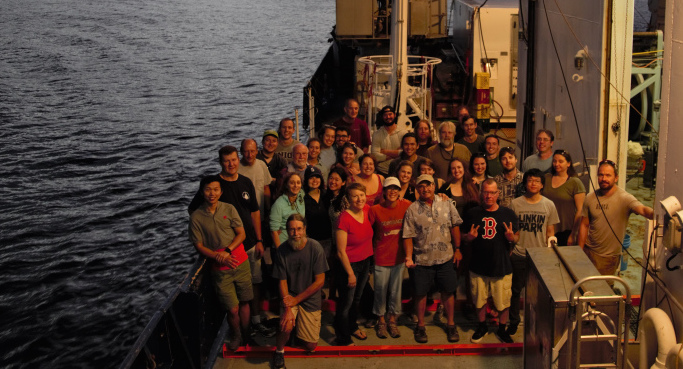 Maintaining control of Type 1 Diabetes is necessary for scientists working in remote environments.

Coming up as an oceanographer in the 1970’s and 80’s, Cutter wasn’t allowed to work in Antarctica along with his friends and colleagues due to concerns that diabetes couldn’t be managed safely in so remote a place. But by the year 2000, Casciotti was able to spend six weeks on the continent for her graduate school research. Technological advances in monitoring and dosing equipment meant that she was able to pass the required medical qualifications.

“There were a number of extra hurdles,” she says, including proof that she had no history of hypoglycemia and had it “under control.” For the nights spent away from McMurdo Station, she stored her insulin supplies tucked inside her clothing, in order to keep it from freezing.

Cutter and Casciotti have continuous glucose monitors (CGM). They say the device has changed their lives, removing the need to drop everything and test their blood sugar day and night.

“The CGM is nice because when it buzzes, everyone around hears it and they can check on you,” says Cutter. Cutter uses injectable long-acting insulin once per day and also injects short acting insulin before meals and as needed. Casciotti uses a pump to deliver her insulin, which allows tighter control of her blood sugar levels.

The body’s daily rhythms are a factor in keeping glucose levels within a healthy range.

“At sea, all the meals are at strict times, but in terms of sleeping and exercise and work, they vary every day,” says Cutter. “It makes keeping a consistent blood glucose level more difficult.”

Casciotti and Cutter both have to work long days at sea. Their lives are scheduled around when their scientific instruments are in the water. This means opportunities to get a full-night’s sleep are scarce, and that sleep is unlikely to come at regular hours. This is why Casciotti prefers the insulin pump.

“Over the course of a day my body reacts differently to insulin. In the morning I need a lot more insulin than I do in the afternoon to eat the same kind of food. If I have to eat outside my normal hours, it usually means the amount of insulin is higher,” she says. The settings on her pump take all of that into account.

To prepare to live onboard the R/V Roger Revelle for more than two months during this GEOTRACES expedition, Casciotti packed the same way she does for her lab–she brought backups, a lot of backups.

“I have a duffel bag that was just for supplies–twice as much insulin as I thought I’d need. A spare pump. Extra glucose monitoring supplies, and lots of batteries. I also have long-acting insulin in case both pumps failed, and syringes for that.”

Though advances in medical technology have made living with diabetes easier, there remains a perception that it is tantamount to a disability. “Diabetes education is really crucial, you need to know more about the disease than your doctor since you live with it and control it,” says Cutter. This was the advice my doctor gave me 49 years ago, and it’s worked. Don’t let being diabetic stop you from doing what you want to do!”

Thanks to Alex Fox for use of his photos. Check out his informative expedition blog here.