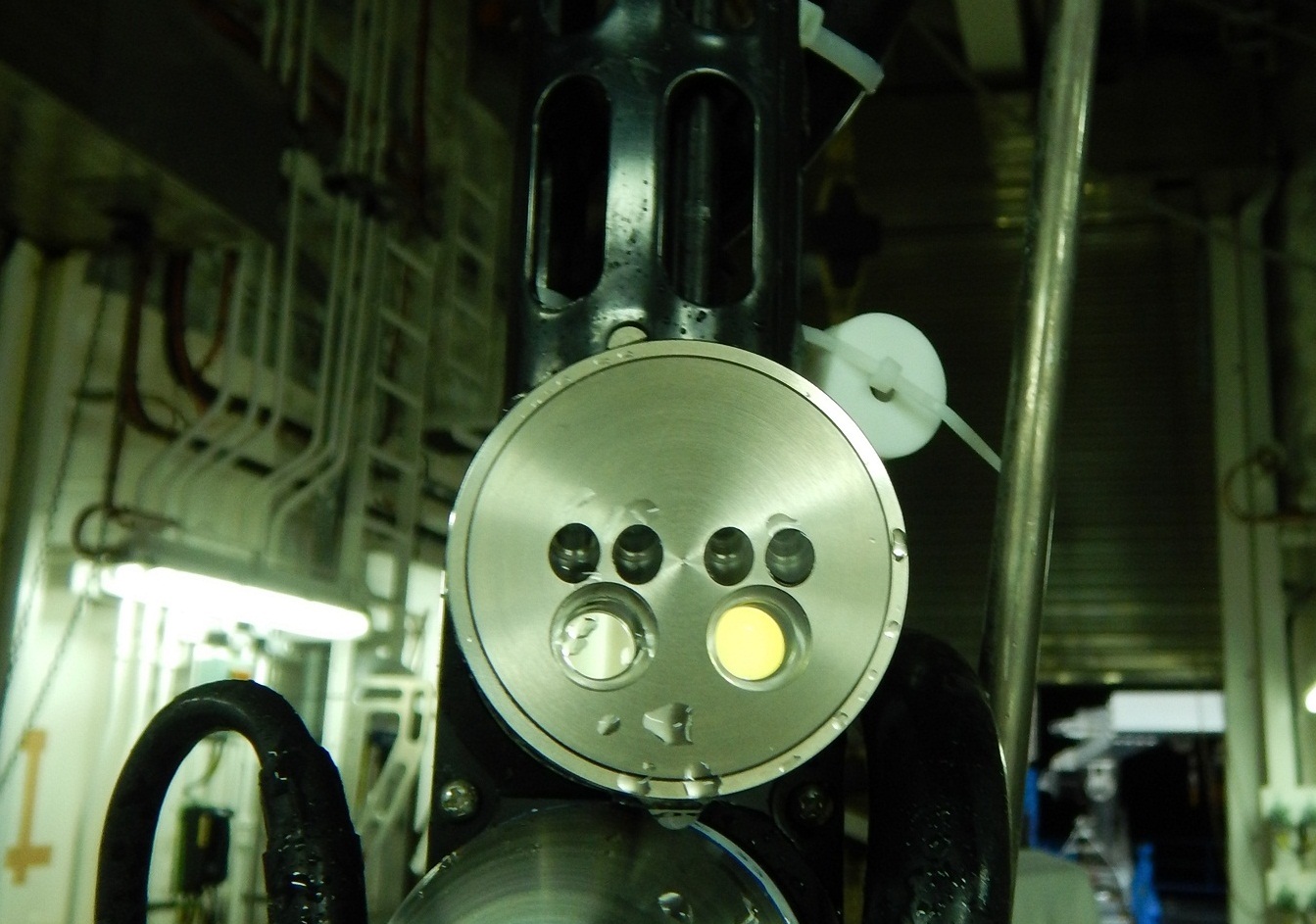 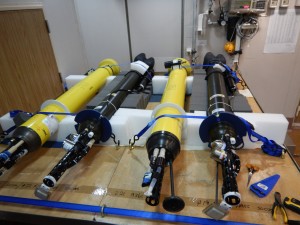 Have you ever had to train your replacement at work? Or even just an intern or younger employee who you couldn’t help but think was going to make you obsolete? That’s what I feel like I am doing on this research cruise, only I am working with robots. As part of the SOCCOM (Southern Ocean Carbon and Climate Observations and Modeling) project, I am deploying instruments that stay behind and take profiles of the ocean. They sink to a depth of 2000 meters, come back to the surface, beam the information via satellite, drift for a few days to a new spot, and then start the process over again. This goes on for years, until something wears out and the data stops. And these aren’t just plain old temperature and salinity sensors (like the ~4,000 Argo floats already arrayed worldwide); these babies also measure oxygen, chlorophyll fluorescence, backscatter, pH, nitrate, and CDOM (colored dissolved organic matter). That’s at least three labs worth of analysis that one float replaces, an unprecedented amount of data. Where the float ends up will also provide information about ocean currents and eddies. Many of the cruises I go on are part of the GO-SHIP program, providing repeat hydrographic information, occupying the same locations about every ten years, to track how (not if!) climate change is affecting the oceans. That decadal time frame is about the limit of what manned voyages are capable of in terms of personnel coverage, cost, and other logistics. The step from that to the frequency that these floats are capable of is astronomical.

I am assured that there will always be the need for personnel; after all a one-time water profile has to be done at the time of deployment in order to calibrate all the instruments. But I still feel like I am making my job more and more obsolete with every splash of equipment into the chilly waters. It’s progress, can’t argue with that, and the amount of data is invaluable. There is so much that we will learn about the measured parameters and how they change based on seasons, years, ice coverage, you name it. One could get lost in the data plots, all open access, provided on a public website within hours of the float pinging at the surface. The future.

It also makes economic sense. Ship time is expensive, over $25,000 per day on average, so the SOCCOM project piggybacks on already-planned research expeditions, asking for bunk space for a technician and minimal additional science time. The $20,000+ floats I am deploying will hopefully provide hundreds of profiles during their lifetime. Many are ice-enabled, meaning that if their sensors detect freezing temperatures they won’t risk breakage by trying to surface through ice cover. Instead, they continue their drifts and dives and data recording and send information next time it’s safe to surface. Generally the floats are not recovered, lasting 3-5 years before the battery or some other crucial part fails and it’s never heard from again. Funding comes from the National Science Foundation and an XPRIZE award for the pH sensor work, an invaluable tool for the study of ocean acidification (a term you’ll be hearing more and more often).

My part in all this is rather small. Other technicians built the equipment, minimized every sensor so it could all fit, waterproofed it, combined the circuitry, and all that nitty-gritty. I’m glossing over it because I have little knowledge about the technical and manufacturing aspects of these floats. I’m here to make sure the end caps are removed, the windows are clean, and it gets safely on its way – which involves lowering it carefully off the back deck and into the ocean. And then waving goodbye as the ship drives away, leaving it to its task.

The Southern Ocean is so hot right now. This is my go-to science pun these days; it has a double meaning. Humanity’s impact is heating the oceans, with the most drastic changes at the poles, so there is money, and thus popularity, in polar work. The Southern Ocean is directly connected to and thus affects and is affected by the other big oceans: Pacific, Atlantic, and Indian. For all the importance it has, data is severely lacking due to its extreme remoteness and general unfriendliness to human life, much less exploration. And yet I’ve found myself in that hemisphere more often than anywhere else in the past few years. The main access ports are Punta Arenas, Chile; Cape Town, South Africa; and Hobart and Fremantle, Australia. Ships then have to pass through what are affectionately called the roaring forties and furious fifties, those circumpolar lines of latitude famous for storms. The ice edge creeps up north of 60 degrees, which doesn’t leave a whole lot of room for easily recovered data. Days, and thus hundreds of thousands of dollars, are lost to transit time and weather delays.

For now, the floats are adding greatly to a data set that was once dominated by mere modeling and satellite imagery. Their value in the Southern Ocean is incalculable, especially at this critical time. But that doesn’t mean I’m not worried that they will put me out of a job. I suppose the best strategy is to embrace the robotic revolution, befriend them, and somehow make myself necessary to them.

1 thought on “I, For One, Welcome Our New Float Overlords”